It was twenty five years ago today that I landed in Oh Canada! with two drugged cats and a not very happy, unwelcoming husband. I had left my country, my friends, a paying job and, in retrospect, I could say my sanity as well. It was not an easy voyage up the highways from that life to land here. I should have taken drugs like the cats in the back seat who every few miles would let out a “Meowwwwwwwww.” not sure whether they liked all this or not — I totally sympathized with them. 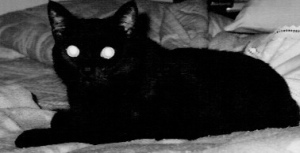 Those first few days? Weeks? Months? Years? were not easy. I had to start all over again at age 49. To add to my “challenges” the day after arriving to an apartment with a musty futon matress on the floor and the exes’ daughter’s underwear in the bathroom, I was sitting on a pier at Swan Lake (aka Shadow Lake) with a bunch of tree-hugging environmentalist feeling even more homesick for brusk Americans and lawyers and pantyhose and pay checks and my job and all my friends.

But I survived — no I’ve done better than survive — I’ve learned a lot more about me here in Oh Canada than I did in Washington. I’ve had to recreate myself many, many times here. I — and he — weren’t so hot at the marriage part so after six years I became a divorcee on the same day I became an official citizen of Canada. I wore my little flag on my lapel as I rode the elevator up to sign the papers.

So I was on my own again. One of my brothers asked me if I was going to regain my sanity and move back to the states. I told him no because of two little words — Health Care. He didn’t get it.

I became a Master of Environmental Studies (I won’t even go into that — but the positive part of it was that I met my friend Lynda there who was a friend until her death this year. I wrote books, I became an “expert” on the life of office workers. So all those years of working as one paid off in a not-so-bad book and speaking gigs here and in the States.

I muddled through to support me and the cats. I sold my skills — those I knew I had and those I pretended to have. I became a researcher and a book promoter and a college professor, and a project manager, and an English tutor, and a facilitator of workshops for newcomers and a transcriber and a job coach and a writer and The Excellent Cat Sitter. I never totally trusted all of the new reincarnations of Annie Eyerman but I did what I had to do.

And best of all, during these 25 years I have met wonderful people, heart-felt good friends from all over this world. Canada, as my friend Leslie told me, has indeed been a good place to land.

So is it home? I think so. If it just had a few members of my family it would be

perfect. Anyway, Rose has let me know that she is a Canadian cat and she ain’t moving anywhere. Eh?